i.e. How do I get this code

Thanks for your question!

I wanted to let you know that earlier this year Octopus changed its policies around providing API scripts for customers. In the past, we’d get a request such as this, maybe ask a few clarification questions, write up an example script for you to modify, and send it over. Then a few days would go by as you attempted to modify it to fit your needs, but you’d find an error or some additional use case that wasn’t mentioned in earlier conversations, slowing down progress. It wasn’t a great experience for anyone.

The pseudo-code hasn’t been updated to accommodate CaC project variables, but we may do in the future. I checked this out, and there are a couple of things you need to do in the script to get this working;

@adam.close one more question, is there a way I can pass commit message too? I got restriction in Git for “commit message” to have JIRA user story number in it…

Our API documentation can be found here, but not everything you can do in the API is documented explicitly.

My recommendation is to use dev tools to record your actions in the Octopus UI. This will give you all the API calls Octopus makes when any UI button is clicked, which you can then use in your script. The below example is me adding a new variable in a project and committing it to my git repro with a commit message. 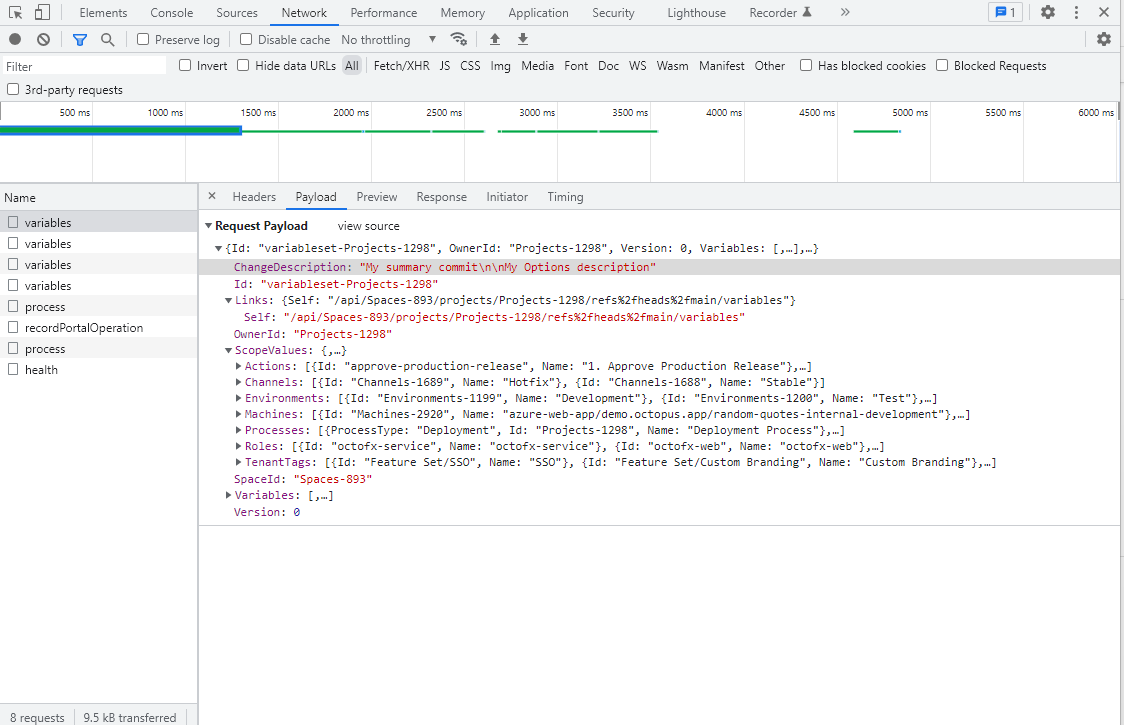 I used chrome dev tools to capture the information.