I’m trying to migrate our self hosted Octopus setup to Octopus Cloud. But I’m getting this error when trying to import a project:

Octopus Server returned an error: Object reference not set to an instance of an object.
Error from Octopus server (HTTP 500 InternalServerError)
Exit code : -7

Here’s a screenshot of the output from the command line (sensitive data has been censored): 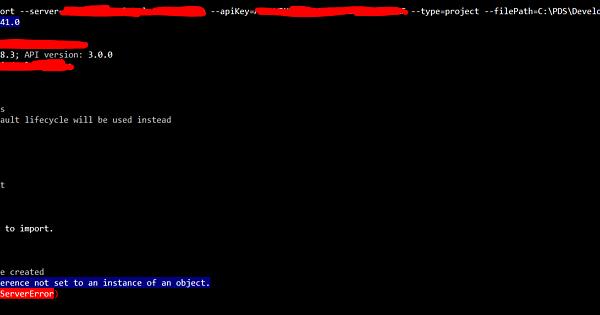 Without access to a stack trace, I have no idea what the cause of this could be. So any help would be greatly appreciated.

Hi,
Thanks for getting in touch! I’m sorry to hear that you are running into problems migrating to Octopus Cloud. The ability to migrate into Octopus Cloud is very new so it comes with some caveats at the time of writing this:

I look forward to hearing how thing go with migrating to Octopus Cloud!