I am having issues as Octopus is deploying the older version of my application and not the latest build. so it is picking the old version from cache and deploying rather than the new build it packages. 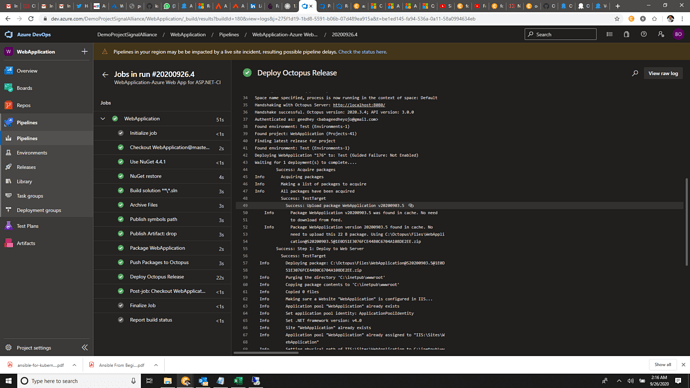 It looks like you are missing a Create Release step in the build pipeline.

If you add that between the push and deploy steps you should see this working as expected.

thanks Paul for your prompt reply i did add it before but i was getting the error my version is dynamic which it needs to be so it can deploy the correct version all the time. 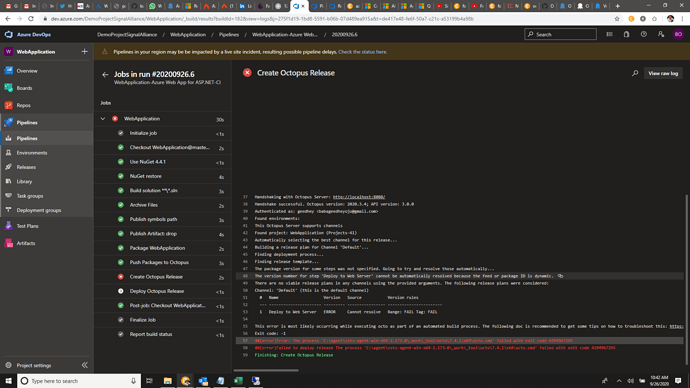 In that case, you may need to add the additional --packageVersion or --version arguments to the create release step in order to tell it what version to use.
More details on these arguments are available here: https://octopus.com/docs/octopus-rest-api/octopus-cli/create-release

thanks that really helped, i was able to pass the packageVersion to the additional argument.