We have a feed that suddenly stopped showing new image tags. Nothing apparent has changed, but the version stopped at 1.0.354 and won’t get newer version numbers. 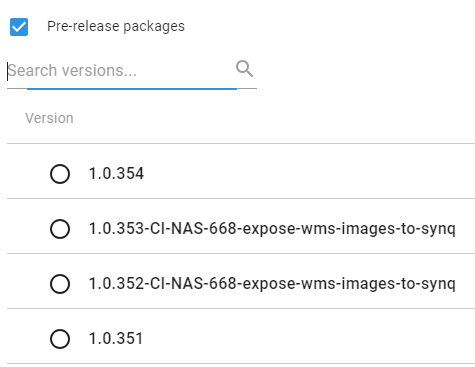 If we manually put in one of those tags higher than 1.0.354 it will work. but automatically creating Releases from TeamCity is broken as well as the ability to click “create release” and it get populated with the latest version.

Hi Joshua,
I have a sneaking suspicion that there is a HTTP caching problem going on here. While its not an ideal solution, to test the theory would it be possible to restart the Octopus service when this happens next? If the new package becomes available then we might need to look into doing some cache busting when performing the requests to the registry.
Looking forward to the results.
Cheers,
Rob

There goes that idea. Given 1.0.354 is showing up i see no reason why 1.0.357 shouldn’t show up. If you search for specifically that version in the release creation does it show up? The Azure Container Registry should be exposing a standard v2 docker endpoint. Would it be possible to get access to this registry so that I can test things on this side? Completely understandable if that is not allowed for security\privacy reasons. If not we might need to arrange a support call in the new year.
Cheers,
Rob