Issue creating Release from TeamCity but not from octo.exe directly 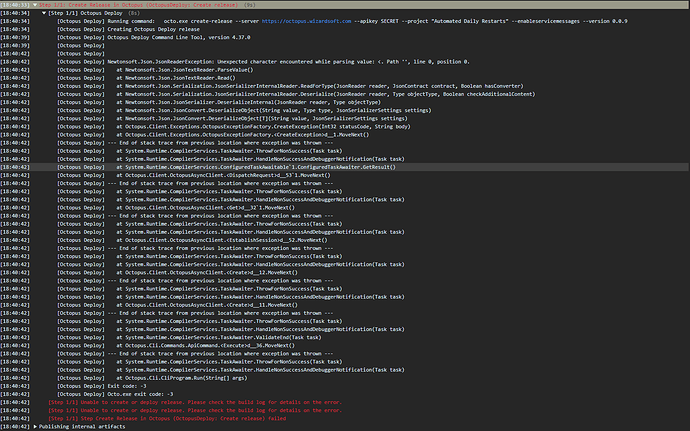 That error is characteristic of octo.exe receiving an HTML response rather than the expected JSON. I’ve seen this behaviour with some Proxy configurations, which throw up an HTML login page when trying to connect to some endpoints, and I’ve also seen it when DNS is incorrectly resolved, sending the tool off to a website instead of the API.

Is the second screenshot taken from the exact same machine as the first, or a different machine?

different. I’ll jump onto the build agent and try on there.

Different behavior from the Build agent. Looks like a DNS issue. Thanks for the help !