In Octopus Deploy, how do I set a rolling deployment window size based on a percentage?

Quite often customers will deploy applications into a Cloud provider (eg. AWS or Azure) where it’s possible to dynamically scale their infrastructure.

In conjunction with that Octopus supports rolling deployments to allow customers to deploy to a set number of machines at a time.

During peak times of load, if a large number of machines are provisioned it can take some time to deploy to all of these new machines if the rolling window size is small.

Is it possible to set the rolling deployment window size based on a percentage of the machines to speed up deployments to my dynamically sized infrastructure?

There is already an existing step template available for this: Determine Rolling Deploy Window Size

When included in a project deployment process, this template will set a variable named:
#{Octopus.Action[Determine Rolling Deploy Window Size].Output.WindowSize} to a fixed value.

This value is calculated as a percentage of the machines which have been tagged with the target roles in the parameter: Server Role for Rolling Deploy

Then search for the template as shown here: 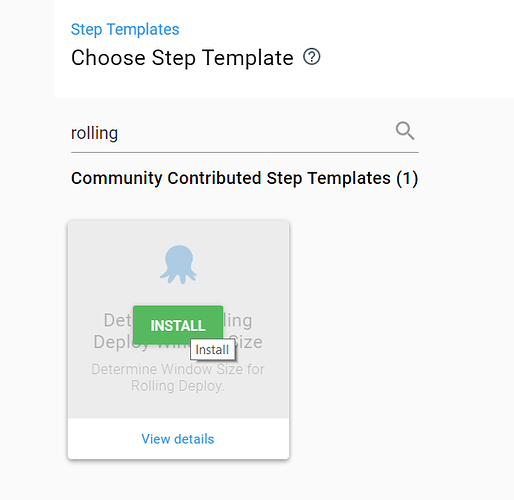 Hover over the Step template, and choose Install.
This will then prompt you to check you are sure you wish to install it.

Note: If you don’t want to install a community step template, or the feature has been disabled due to restrictions within your organization - there are a couple of alternatives:

Adding the Step template to your Project

Go to your project and hit Add Step.

Then search for the step template as shown here and hit Add: 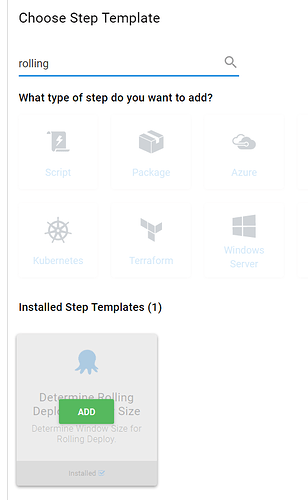 Once the step has been added you can update the values in the step as you need to: 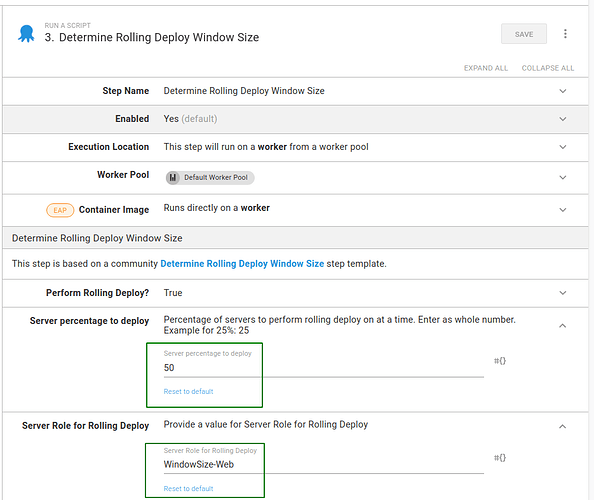 I’ve set the script to run on the Octopus Server so that it only calculates the rolling window size once.

I’ve also set the Server percentage to deploy as: 50.

I’ve also added the Server Role for Rolling Deploy to as: WindowSize-Web.

Then in our rolling deployment step, we need to set the window size to the variable value of:
#{Octopus.Action[Determine Rolling Deploy Window Size].Output.WindowSize}

This is shown here: 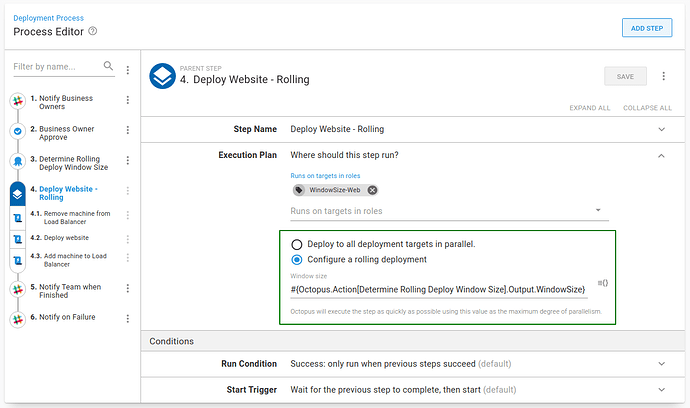 Deploying with the percentage window

Finally, when we have created a release and deploy to an environment we can see in the Task output the percentage has been taken and a window size has been calculated, as shown here: 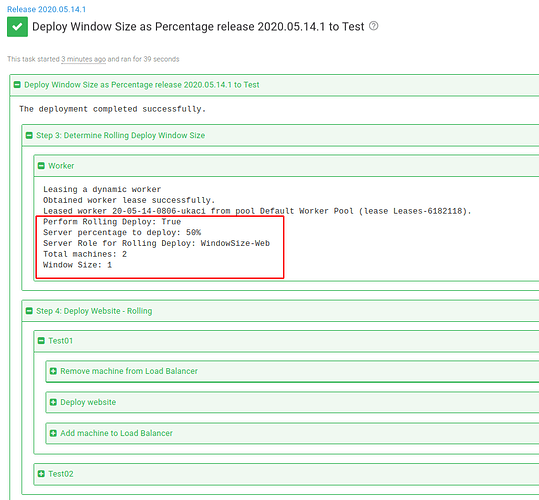 Sample project:
You can see an example of this in our samples instance (log in as Guest): https://g.octopushq.com/PatternRollingSampleWindowSize

So from this, you can see we can set a rolling deployment window size based on a percentage in Octopus using a Community Step template.

A few things to consider when using this approach: