How can I get a deployment target trigger to wait until machine is fully configured in Octopus Deploy?

It is very common to see users spinning up and down test infrastructure throughout the day. Some users are using VMs, while others are using PaaS services, such as Azure Web Apps. They want to leverage deployment target triggers in Octopus to kick off a deployment as soon as the machine is ready. 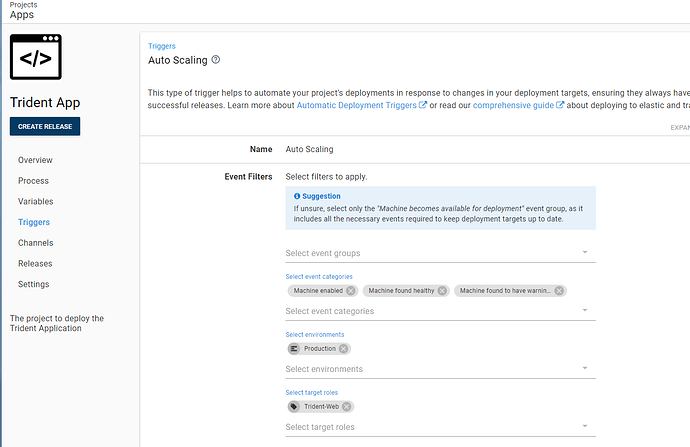 How can I tell the trigger to wait until after the other software finishes installing and any necessary reboots finish?

Deployment target triggers have an event category called Machine deployment-related property modified. We will be leveraging that along with roles to solve this.

First, update the trigger to look for that event. Make note of the role the deployment is looking for. 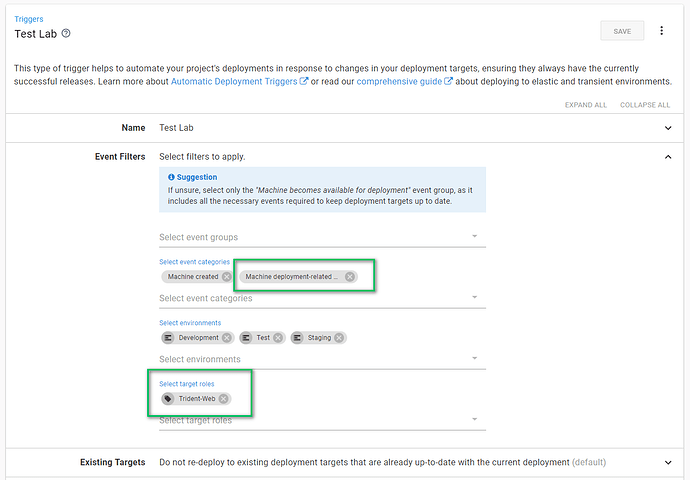 Next, when the machine is first added, the specific role Trident-Web is not included. 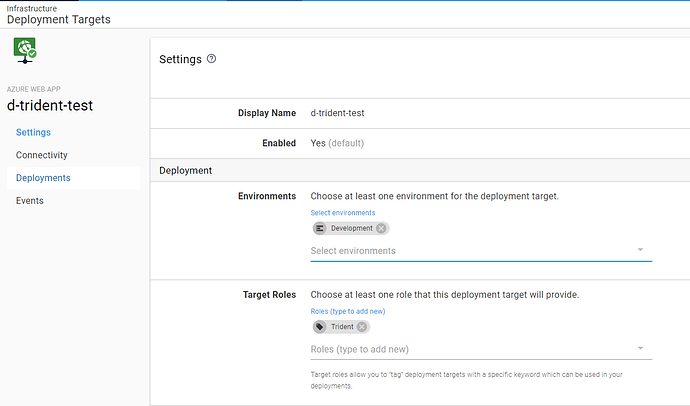 In this example, I have two targets in development, d-Trident and d-trident-test. d-trident has the role Trident-Web associated with it. 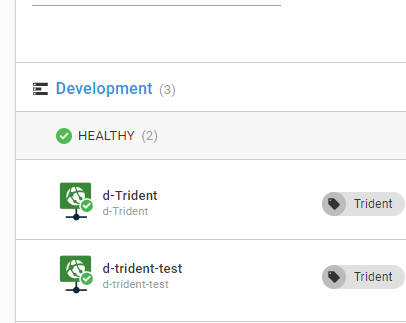 I do a test deployment to the environment and only d-Trident is deployed to. 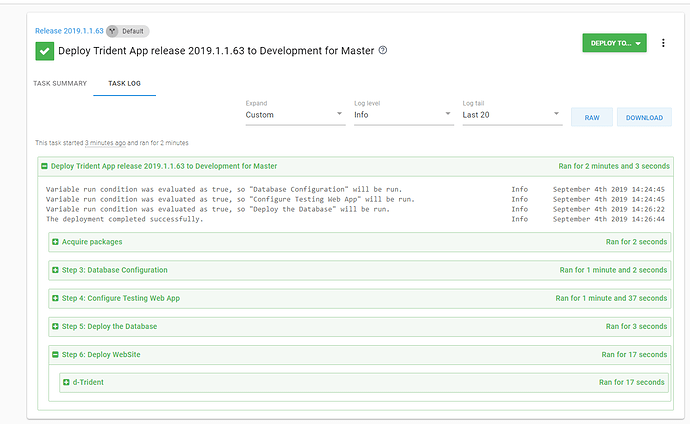 I then add the new role to d-trident-test.

The trigger sees that change and deploys to that new target. 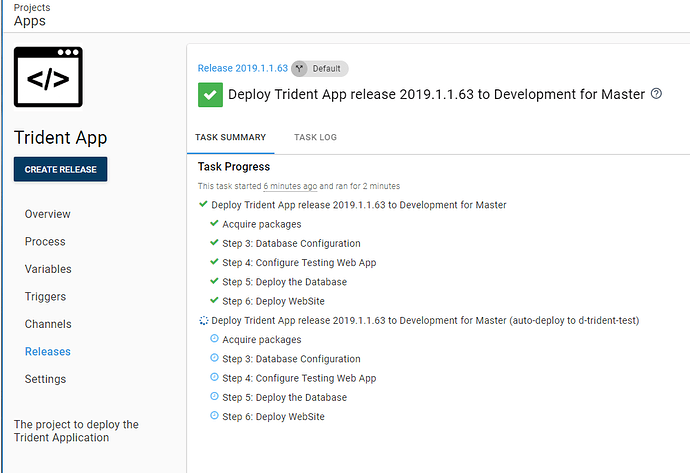