How can I configure Octopus Deploy to write logs to a centralized logger such as Seq, Splunk or Papertrail?

I am using a centralized logger application (Seq, Splunk or PaperTrail) at my company. Octopus Deploy writes all its logs to files hosted on the server. Anytime something goes wrong I have to RDP into that VM and dig through the log files. It would be nice to be able to write to that centralized logger I already have running. Is it possible to configure Octopus Deploy to do that?

Yes. With a warning.

Now that we know that it uses nlog, we need to find the file Octopus.Server.exe.nlog. That file is typically located in C:\Program Files\Octopus Deploy\Octopus 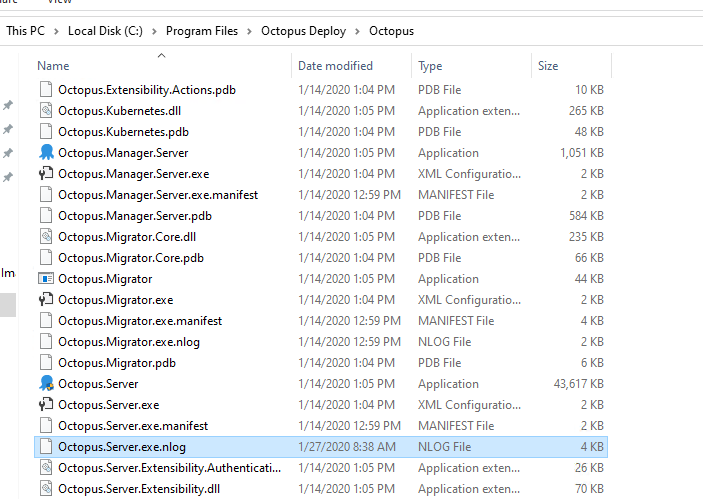 In my case, I want to log to PaperTrail. Following the documentation written by PaperTrail, I will need to add a assembly reference to NLog.Targets.Syslog, a new target, and a new rule. 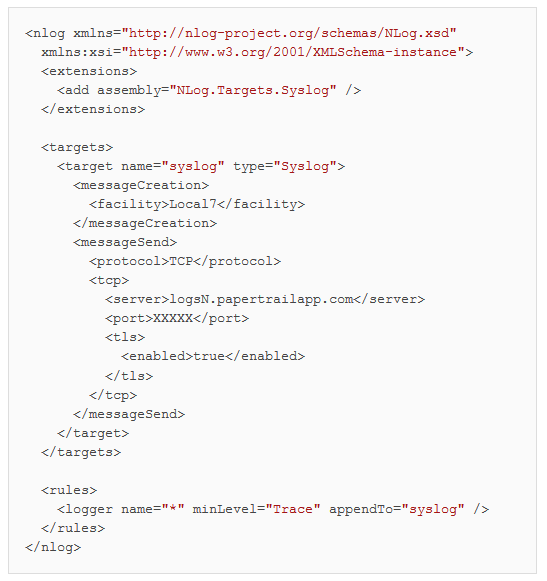 Before modifying the Octopus.Server.exe.nlog file I need to download NLog.Targets.Syslog from NuGet. That package also has a dependency to System.Runtime.InteropServices.RuntimeInformation. Those packages can be downloaded by clicking the download package link on the right.

After the packages have been downloaded, I’ll extract them using 7-zip. A NuGet package is nothing more than a glorified zip file with additional metadata. Once the packages have been extracted you will need to grab the .dlls from the highest numbered .NET Framework folder. For example, NLog.Targets.Syslog is written for .NET Framework 4.5.2, so the folder to choose would be net452.

I like to copy the .dlls to a file share so I can get to them easier on the Octopus Server.

Then I will RDP into the server hosting Octopus and copy the .dlls NLog.Targets.Syslog and System.Runtime.InteropsServices.RuntimeInformation from that folder on the file share to C:\Program Files\Octopus Deploy\Octopus.

Now I am ready to update Octopus.Server.exe.nlog. To do this I will open up notepad++ as an admin and add the following entries per the documentation from PaperTrail. 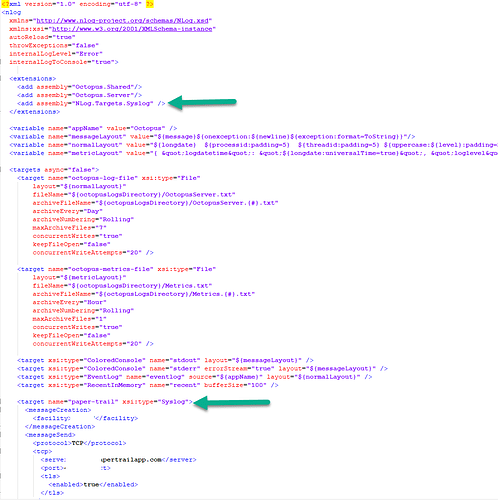 A quick restart of the Octopus Server and I can see I am now logging to PaperTrail! 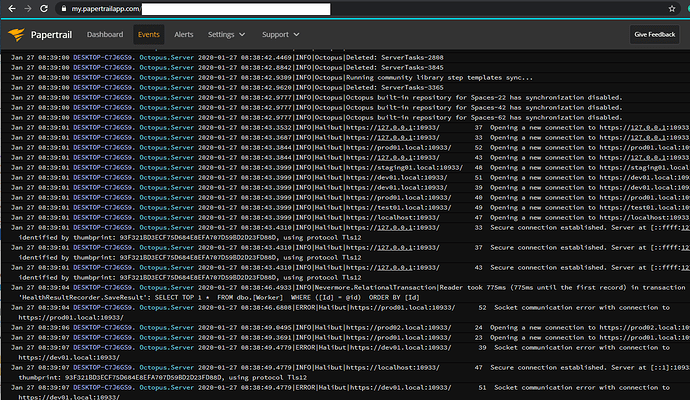 Here be dragons. The information provided above is provided as-is without any support. There are a lot of variables in configuring this.

I did this when writing this article. I was copying in an older nlog file from early 2019. That file didn’t have the correct logging format specified. Octopus Deploy runs a check on logs when it starts up. If it encounters a logging format it isn’t expecting it will stop the application. 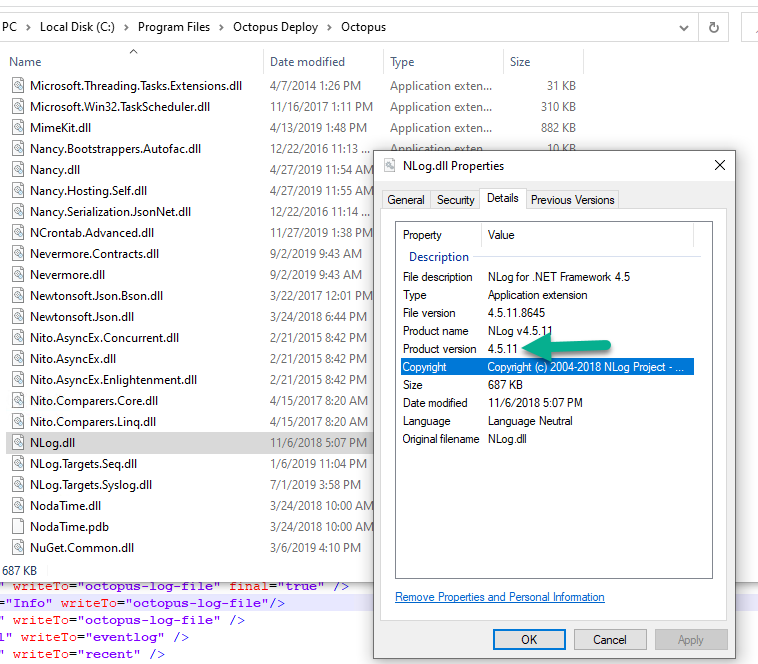 The Octopus.Server.exe.nlog file will be reset to default settings during an upgrade or repair

This is a double-edged sword. A reset on repair / upgrade is great when something isn’t working and Octopus won’t start because of a bad file. But that also means you need to modify this file after each upgrade. You can automate that, but it is one more thing to worry about.

Use Repair or Reinstall to get back to a working state

Not having to RDP into Octopus Deploy is great. An additional benefit is most tooling provides some sort of alerting. Chances are you have configured alerts for other software you monitor. Now you can leverage the same tooling with Octopus. For example, I configured a couple of alerts, one to watch for performance and another to watch for unauthorized access. 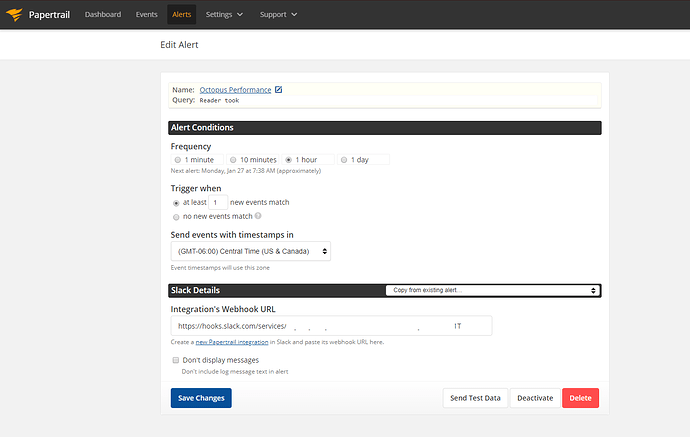 There is risk associated with doing this. Personally, I think the reward is worth the risk. You can mitigate these risks by:

You can see this in action in an older Ask Octopus Video.