How can I automatically select Blue or Green for Blue/Green deployments using Octopus Deploy?

Both the blue and green versions of my web application are on the same VM. I use an F5 load balancer which points to either the blue version or the green version. My deployment looks like this (assume Blue is active):

In this case I’d recommend calculating that at the start of the deployment. I’d query the load balancer/f5/whatever and determine which site, blue or green, is active. I wouldn’t look at a previous deployment in Octopus as that isn’t the truth center of what is currently active. You could’ve manually changed it outside of octopus.

Once you know which is active, you can set that value as an output variable: https://octopus.com/docs/deployment-process/variables/output-variables. 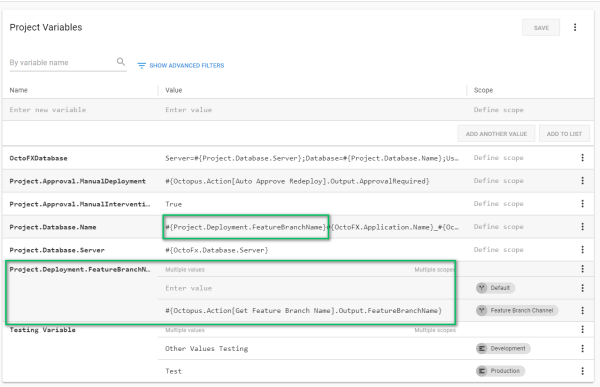