Force Version selection button does not appear for latest package

When trying to create a release I found this issue recently.
Octopus Server version 2020.3.2

To reproduce this, you will need a project with at least 2 channels and package version rules.

I wanted to create a release in the beta channel with an alpha package. When trying to do this, the button “Force Version Selection” does not appear if I select the latest alpha package. Pressing Save also errors because I have not selected this option.

If I select any other alpha package (i.e., anything but the latest), the button appears:

edit: I forgot to mention that this is using Artifactory as a package feed. Not sure it makes a difference.

Workaround
To work around this, I was able to create a release by first selecting an alpha package that was not latest. This made the button appear.
I tick the box, then change the package back to the latest alpha.
The Force Version Selection button disappears again. However, now when I press Save the release is created.

Please let me know if this is the wrong place to report this.
Thanks

I went ahead and reproduced your scenario on my 2020.3.2 setup like this: 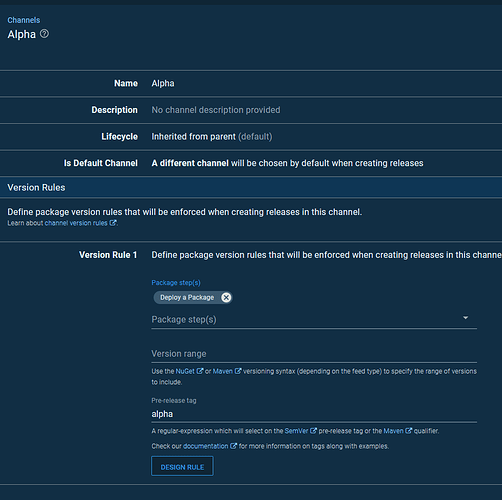 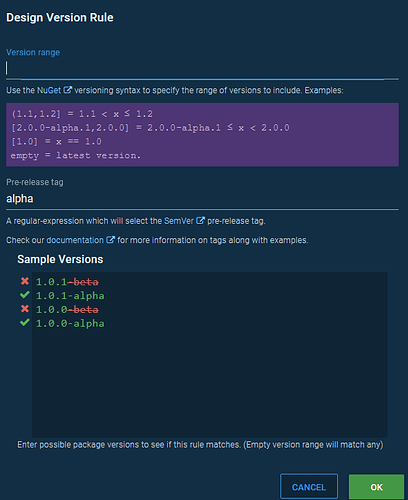 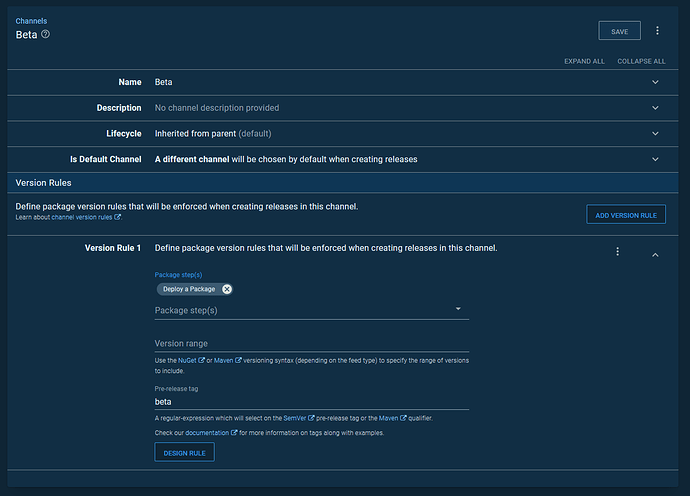 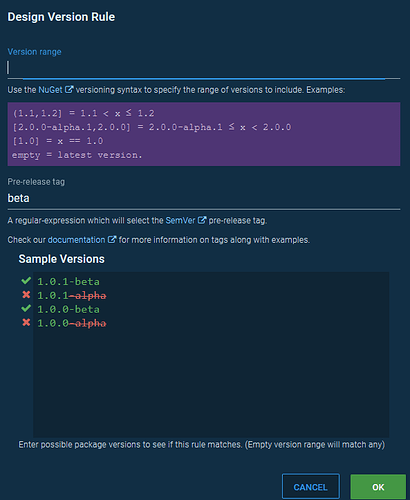 When I go to create a release, I am able to select a beta in alpha, and vice versa, like this:

Is there anything I’ve missed in my reproduction? The only difference is that I am using the built-in feed and not Artifactory.

So I’ve tried replicating the issue in other projects. After a fair amount of trial and error, I have a combination that causes this problem consistently for me now!

The key piece looks like: a release with the wanted package must be the latest in the DEFAULT channel. In my case, the alpha channel was set as default. However I moved the default to a different channel and the issue could still be replicated.

Steps to reproduce (i’ve tested this against existing + new projects, and against random packages. Still using an Artifactory feed though).

NB - If you create a release in the default channel against an older alpha package, then the beta channel can select any other alpha and correctly shows the prompt.

Nice find on the reproduction of that issue. Seems to be a really specific set of circumstances to get the results. I tried it on my side over here and have the same results.

I’ll pass this along and get back to you with more information. Please feel free to reach out in the meantime.

I have created an issue you can subscribe to here: https://github.com/OctopusDeploy/Issues/issues/6535

Please let me know if you have any other questions or concerns in the meantime, but your best bet to get updates on the issue is to subscribe in the link.

Thanks for your help with the easy repro steps and for reporting the bug.