Add tag to build from Devops

We are running builds in Devops, and using the octopus plugin to send the build to octopus. We want to be able to identify in Octopus which builds came from the release branch vs which ones came from the test branch. Is there any way to do this?

Reason being on release night all we see is a list of builds with version number. If we could see for example the letter ‘R’ appended to it then we would know that is a release build. At the moment we can’t see that so need to rerun all builds before we deploy just to make sure we have the right binaries.

While you cannot add tags to Releases in Octopus, you can create them under different Channels to easily differentiate which Octopus Release was created by a Devops Build that came from a Release Branch or a Test Branch. 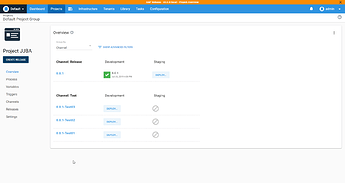 In that screenshot you can see two channels:

Channels in Octopus are a big concept, so I strongly recommend you to take some time to read our documentation and our walkthrough blog post:

Channels allow you to dynamically change the deployment logic and lifecycle of a project based on the version being deployed.

This is excellent – much better than adding tags!

I managed to do this in Devops by selecting the channel from the “Create Octopus Release” step for our web deploy. 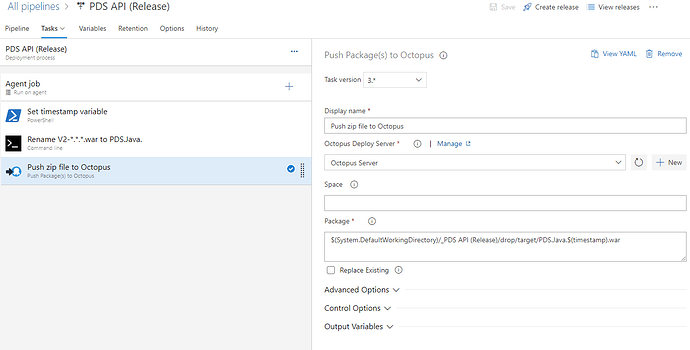 Thanks for your help…

Like you mentioned, in that process you are just pushing a package to Octopus but you are not creating a release from it. That’s the reason we you can’t see any channel-related option.

So the question is where are you creating this release from? Is Octopus creating it automatically when your pushed package reaches Octopus? If that’s the case, then I would strongly suggest you to move the Release Creation part of the process to a build step just like in your other project.

Let me know if that makes sense

It seems obvious now you point out what the solution is! I was working on the assumption that the release creation was part of the package push.

Thank you for your help with this!