A potential bug in the JSON Configuration variable substitution

We have a small app which keeps our Octopus and our LaunchDarkly environments in sync.

We wrote a JSON configuration file (it’s a .net Core app), which looked like this

We created variables in Octopus which were to be swapped out for specific variables in this file when the app is deployed. 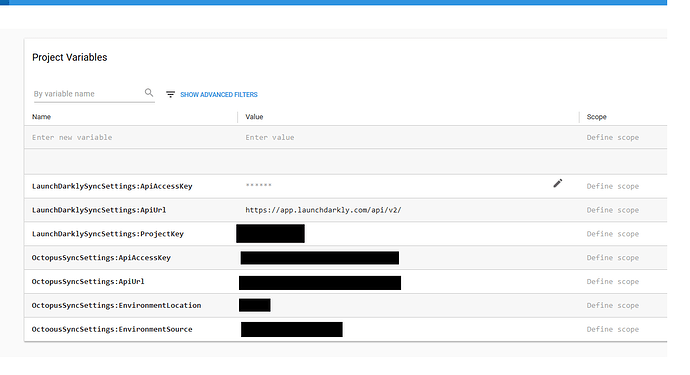 It was only on a whim that we renamed that JSON Node from OctopusSyncSettings to OctoSyncSettings that it finally started swapping those variables in the JSON file.

I am assuming somewhere the word “Octopus” is being kept as a reserved word, and those variable substitutions are being ignored.

Can someone point me at the json configuration stuff in github, or even look into this yourselves?

Thanks for getting in touch. This line is the culprit.

I’m going to discuss what we should do about it with my team tomorrow, I’ll let you know the outcome.