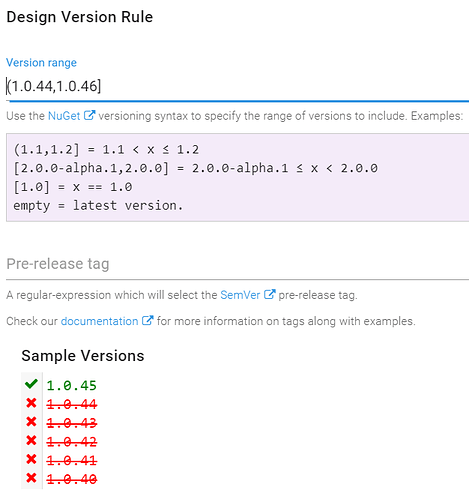 Then when I create my release from TeamCity, octopus generate the release and auto deploy them in the DEV environement all time in same place. 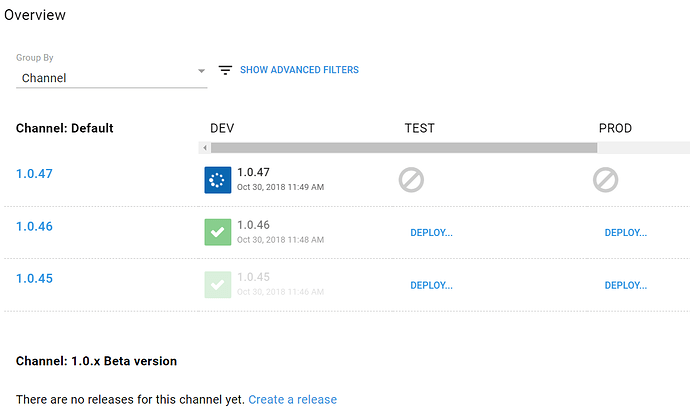 I was expecting that once my release version is not anymore in range due to Chanel rule it will be not deploy any more automatically or did I understand wrong ?

Q : how can I tell my project that for instance in case a release is within a version range from the channels rules then deploy in a to a BETA env for testing by beta users, do I need to create a new Env and deploy package step ?

Thnaks for a step by step oepration, I guess I misss a simple configuration

If I read it correctly, the package version range (1.0.44,1.0.46] is being considered as the BETA release, did you use any branching strategy for development and get Teamcity to build each branch?

Something i can think of is a BETA branch can be used and have its own build configuration in Teamcity and create release for a specific channel in Octopus. Just wondering in your teamcity setting, did you specify which channel the release is going to be created against? here is a very good document that explains about branching and channels if you are interested.

What I means is that I have created 2 different channels which are using different Lifecycle.
Once chanel which is is charge of handling automatic deloy to DEV all release that fall inside 1.0.x range ( default chanel)

Then a second chanel which I want to handle automatic deply to DEV target of given lifecycle which is in charge of handling version falling in range 2.0.x

To test this I change the version number that TeamCity is generated in order to see if my release appears in the corresponding Chanel.

So if I generate realse in range 1.0.x, I can see the release automatically created in default chanel : Channel: 1.x Normal and deployed under DEV

But if I generate a version from Teamcity ( by renaming the version number as test), the version 2.0.x is not deploy to Channel: 1.x Norma which is correct, but it is not appearing on channel Channel: 2.x Unstable and deploy automatically to DEV

Normaly if I generate a version 2.0.60, I should see it under Channel: 2.x Unstable and deply to dec, but it is not appearing

see my picture below 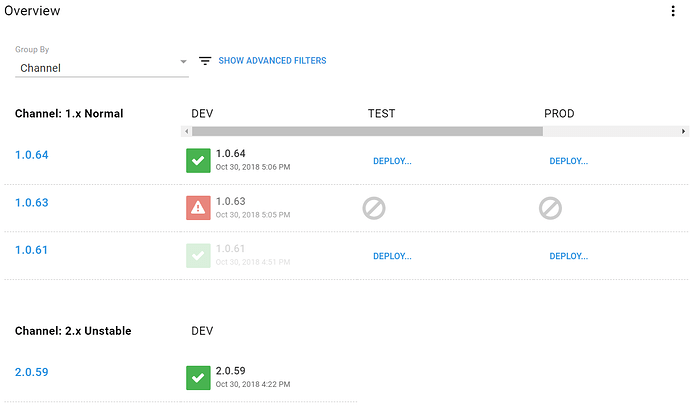 I replied on your other ticket about Auto Release Creation. Normally when creating release from teamcity without specifying the channel, Octopus will try to resolve one for you, can I please get you to to check your teamcity settings, e.g. if you are using OctopusDeploy: Create release step, you would see something similar as below, can you try with and without the channel and see what happens in Octopus?

Hi edy,
In the version of octopus I am using, I do not have the Channel field availale by the octopack plug in in TeamCity…

Would you consider creating the release from Teamcity with the up to date Octopus plugin? That way it will go through the auto channel resolution process and to detect the right channel for you by the package version. Otherwise you might need to lean on the ARC that I mentioned earlier.

I hope this helps and let me know what you think and how you go.