When creating a new release, package version will not load

We’re creating the first release for a new project and have run into an issue. There are three .nupkg files to deploy in the release. When I click “Create Release”, the three files are found, but one is not showing any version information. If I try to select a version for that package, no versions are displayed.

When I look in the built-in package repository, the package is there and two versions are showing upon drilldown. 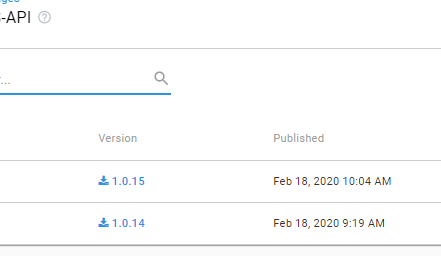 The packages were created in TeamCity by the Octopus Deploy: Pack runner without incident. Did I miss something with the one package?

Thanks for any help you can offer.

Thanks for getting in touch! I’m sorry to hear you’re hitting this unexpected behavior here. My first thought is perhaps there’s a channel version rule that’s causing this version of the package to be excluded from being selected when creating the release. Is this a possible explanation in your scenario? You can check this in the relevant channel’s configuration which might look something like this: 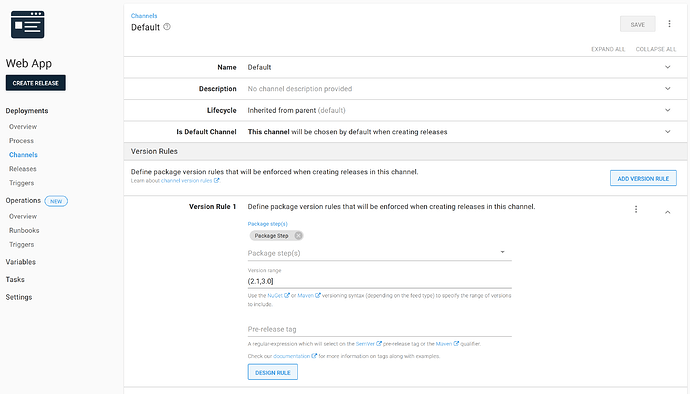 If this is the case, you could modify the version rules or override them by deselecting the Only this channel checkbox after clicking the Select version button (as shown in the screenshot below).

If this doesn’t explain the issue, would you be willing to send through an export of this project to allow me to attempt an accurate reproduction? You can do this by using the Octopus.Migrator.exe partial-export command.

Thank you for getting back to me so promptly!

We only have a default channel so it isn’t a channel problem.

I did figure out the issue just now: when defining the deployment step, I inadvertently added a space to the front of the package name. So the release was looking for package " NPS-API" instead of “NPS-API”. Once I deleted the leading space in the deployment step and created another release, the package can be found and the problem is solved.

So it is was my own error. Thanks again for getting back to me.

You’re quite welcome! That’s great to hear you’ve spotted the cause of this. Thanks for letting me know, and don’t hesitate to reach out if you have any questions or concerns in the future.