We’re currently migrating our build processes from self hosted Bamboo to cloud DevOps. The key difference being that in former we’d push packages to Octopus whereas in the later we’re pulling via an external feed. 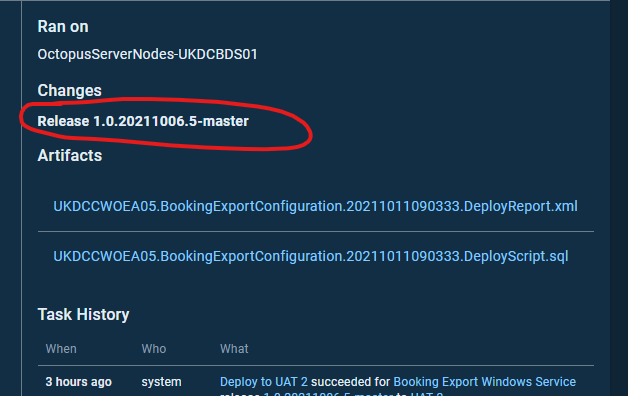 Unfortunately, Octopus doesn’t make use of the release notes that are included within a NuGet package.

The release notes within Octopus are generated using the template within the project settings. These notes can be filled with commits related to the package by pushing a build information package to Octopus as part of the build pipeline.

Finally, work items can be included with the release notes by configuring one of the issue tracker integrations.

Hi Paul, thank you for the swift and helpful response. I will look into this shortly.

Just out of interest, is the behaviour different where NuGet packages are pushed to Octopus? As our old integration (which also used the NuGet format) did include the releases notes from the package

I don’t think we’ve ever pulled this information directly from the package.

When creating a release via the Octo CLI it is possible to insert release notes at that time. Is it possible that your old integration included that additional argument within the create release step in your build pipeline?

The Azure DevOps Octopus Plugin has a specific section for this in the create release step too.
e.g.

I did originally wonder if might be (our build pipeline creating the release) but its not the case. We’re just packing and pushing. The only difference is that now Octopus needs to check the feed. 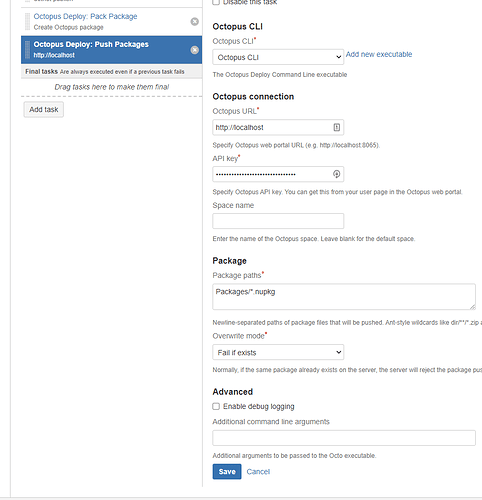 But if there’s not obvious answer don’t worry about it. I’m mainly asking out of curiosity. The release notes templates looks like the area we need to focus on.

Just to come back to this. In our particular instance Octopus can only pull from our DevOps feed. Octopus is on premise however with no external IP so we’re not able to push (Build Information) to it. Is there another way we can get Octopus to pull this information rather than have it pushed to it?

I can’t think of any way to do this without having the information pushed to Octopus.