Current CI/CD is through Teamcity to Octopus.

Team city create the nupkg package which is pushed to octopus and can be seen in the Library>packages. It seems then that octopus is internally recreating these packages and changing the package name.

For example TC may pack up and send over a package called “1.10.0-beta-28919” this then shows correctly in the projects overview page for example:

It seems that then Octopus for some reason recreates this package and rename it and creates duplicates?!, e.g:

Package names in the project overview are then also changed too: 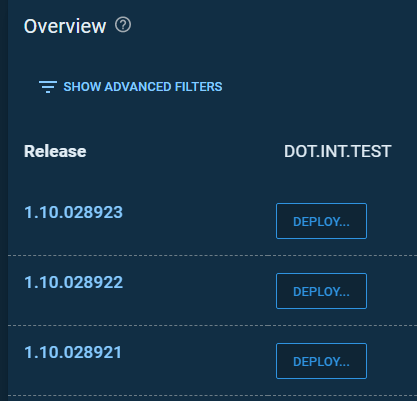 I’m not sure whats going on here as it seems bizarre, all I can think of is Octopus isn’t liking the “beta” text in the package name.

Any help would be great

Octopus shouldn’t have any problem with pre-release tags (e.g. 1.0-beta), and it shouldn’t be able to overwrite existing releases.

It is worth noting that there is a difference between a Release and a Package. A Release doesn’t necessarily have to have the same version number as a package used within that release. So, it could be that the package is always being uploaded with the version number 1.10.028922, and it is just the release number that is being changed.

I’m assuming that the two screenshots are from the same project? Does that project have any channels configured outside the default ones?
Also, if you navigate to the Releases page for that project, can you locate the 1.10.0-beta-28865 release at all?

Here are a couple of additional items to check:

Thanks for coming back to me.

Currently it only has 1 channel, which is its default one connected to a named lifecycle where it just tweaks the retention policy (basically only keeps 3 days worth), and a couple of phases based on release process i.e. Internal > Azure UAT etc

I can see the beta release there along with additional releases which Octopus seems to have created automatically/not part of TC: 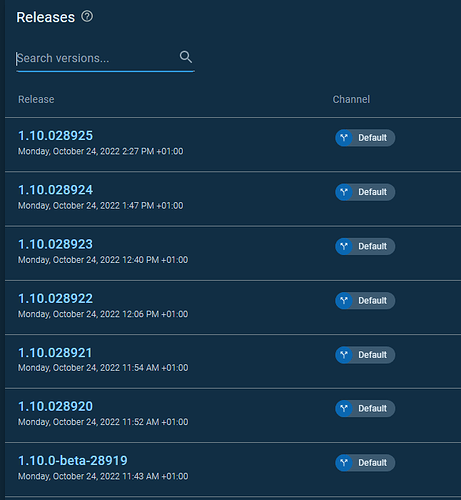 Also in the library I am seeing something very similar, seems to be periodically created these new packages/releases: 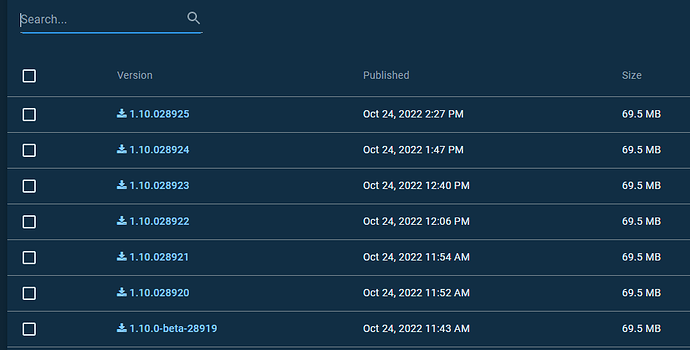 Then a Octopus Pack Step, logs do show:

And then a Octopus push:

I do have a automatic release creation enabled: 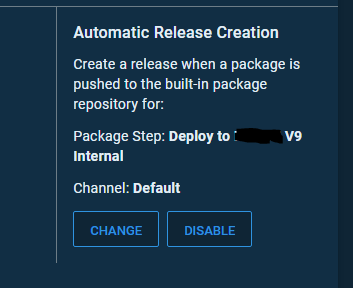 Thanks for sending that over.

With automatic release creation enabled on the project, anytime a new version of this package is pushed to Octopus, it will automatically create a new Release with the version number of the new package.

In your project here, it looks like the 1.10.0-beta-28919 package was pushed to Octopus at 11:43, which will have triggered the creation of the corresponding release.

Then, 10 minutes later and onwards, the other packages were pushed, resulting in those Releases being created and the beta release no longer being displayed on the project overview due to too many “newer” releases to display.

If not, it may be that you have another build pipeline that is creating and pushing these packages.

The only thing pushing to Octopus is TC and the TC builds are triggered by PR into the main branch, and as I PR review all merges in I can confirm there hasn’t been any additional work to trigger anything from TC.

Though… I’ve just noticed a configuration change in TC thats been made so TC builds from all branches, and yes, these align up whats in Octopus.

Seems like there is no error and its an oversight on my part, apologies for the time taken

I think I spoke too soon!

In the library > packages I can see the correctly built packages done by TC, but these aren’t being picked up by the releases on the project.

Theres been a number of builds (all with beta/alpha in the names) and these haven’t been pulled through, if I manually create a release it will show the latest beta package, but obviously I want this picked up automatically

If you head back to Project > Releases and select the 1.10.0-beta-28919 release.
Has that not linked the package with the same version to it? 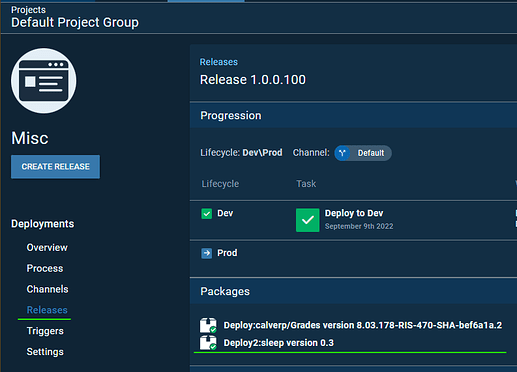 Also, would I be correct in thinking that the version number part of these alpha and beta releases isn’t changing?

If so, Octopus won’t be able to determine that those are new packages as it will only look at the version number part before the first -.

So, when I uploaded those packages with automatic release creation enabled, only the first one created a release because it saw the following two as the same package version.

There are two main ways to fix this:

Yeah the version is staying the same but the last numbers (build number) are changing, I guess its going to be down to that.

Thanks Paul, moving it to the end so that versioning is major.minor.patch.buildnumber-alpha|beta seems to have the effect we were looking for, as you said it was down to do with the numbers order.

Is there a way to make sure specific versions are only acceptable on specific envrioments. For example an alpha release is only allowed on one enviorment and likewise a beta release on another?

Awesome, glad that is working for you.

To limit package versions to specific environments, you’ll want to look at Channels and the version rules that can be set within them.

The basic idea would be that you’d have the main release channel with whichever environments you want your main releases to go to (e.g. 1.10.00.28921), and then you’d have an Alpha channel limited to your test environments.
Then you’d set a version rule on each channel to limit the package versions used for releases in that channel. 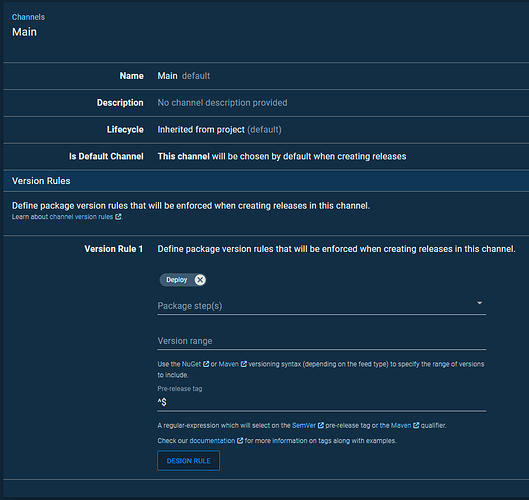 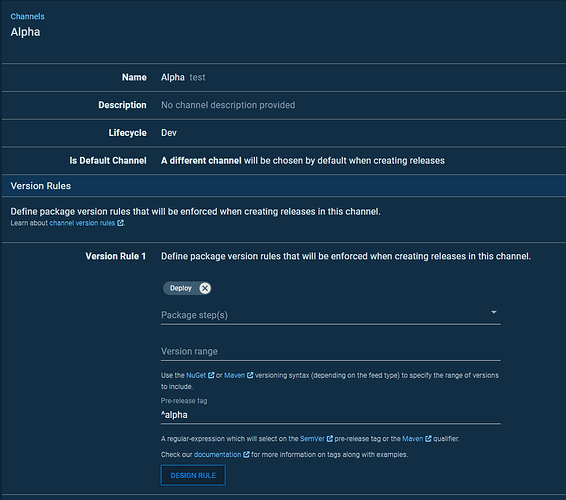 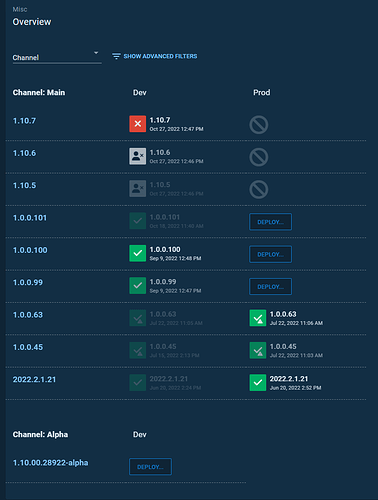 One downside to using Channels is that the Automatic Release Creation feature can only target a single channel.
So, you can leave it enabled to create releases for your main channel and be certain it won’t use pre-releases packages.
However, you’d have to manually create releases for the Alpha channel.

The alternative would be to disable the automatic release creation trigger and add the Create Release step to your build pipeline. When you create a release that way it would automatically select the channel that matches the package, so, would use both main and alpha channels depending on what package was used.