I have a project inside a group

The project has two channels :

Channel A
Channel B

Both channels have different lifecycles to deploy to different targets, with different environments

I need to deploy packages according to the channel being chosen.

Both my packages are inside the Octopus feed.

I have taken a look at the below page:

However I don’t feel this works in this scenario.

My issue has stemmed from the fact that I am dependent on the Octopus project name variable to create my websites and backups etc, and am unable to create two projects with the same name in different groups.

Any help would be much appreciated

Thanks for getting in touch with Octopus!

For this, you can continue to use your one project - I’ve created one called Channel-Based-Packages

Once you have set-up your Channels to include the relevant environments, I added a variable called WebsitePackageID

I then added a Package Step to the Deployment process and bound the variable WebsitePackageID to the PackageID property:

Next up, when creating the release for Channel A, Octopus already knows which package you need: 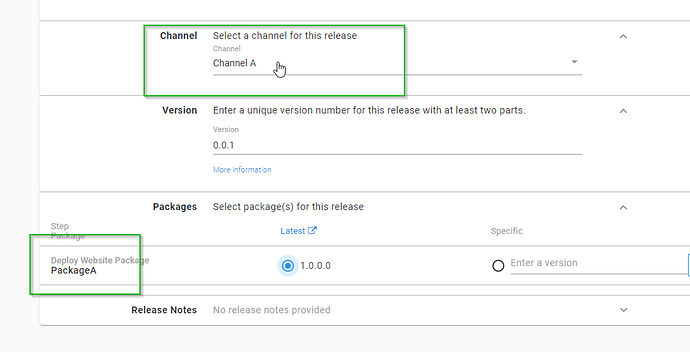 When creating the release for Channel B, Octopus selects PackageB correctly: 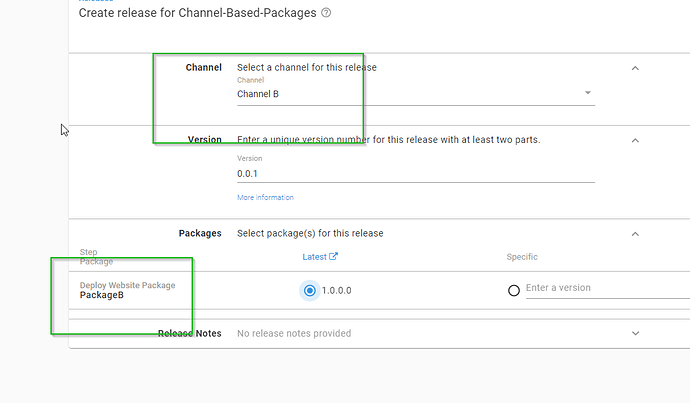 From the Project Overview screen, Octopus knows which Environments are associated with each Channel: 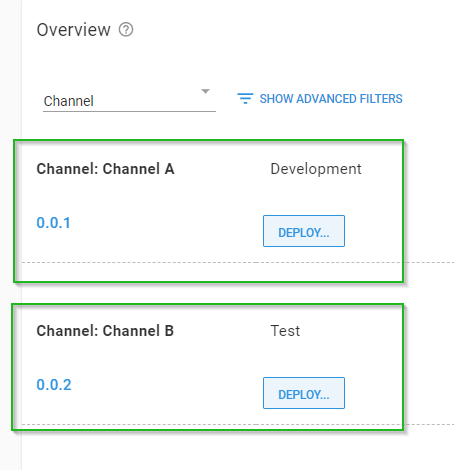 Deploying release 0.0.1 to Channel A shows PackageA being chosen: 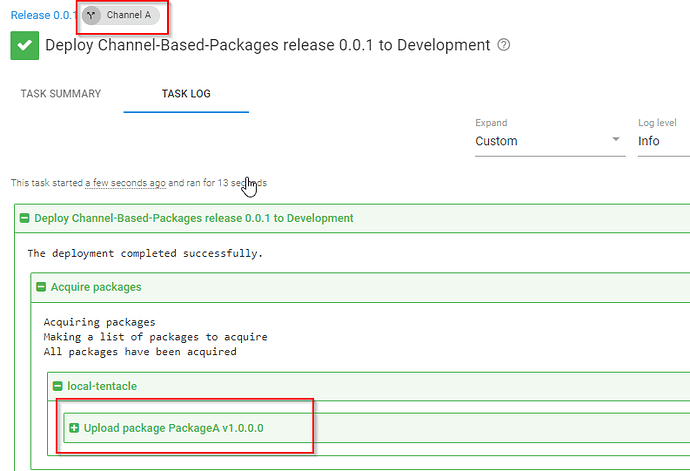 Finally deploying release 0.0.2 to Channel B shows PackageB being chosen: 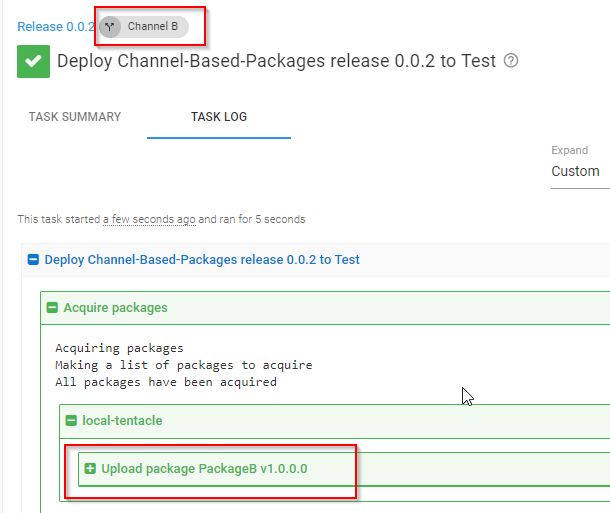 Just a couple of notes on your scenario in general:

Choosing a Channel condition on a step

Thank you for the response.

However, I am still struggling to make this work.

Can you confirm which version of Octopus Server you are using?

You should be able to simply specify the name of the package in the variable.

So in your screenshot, in the Value box, enter the Package name.

Then define the Scope using the DEFINE SCOPE button and link it to the respective channel.

Then you can do the same again for the other channel.