Offline Upload Packages created are missing Scripts folder and json variable files. We are using the latest version octo cli to create a release and deploy release as an offline package. It used to work on the older version of Octopus 3.3.27 that we were using. we upgraded to the latest version and the offline drop package are missing the files that we use for some custom deployments

Part of this will be due to some changes that have been made to how offline targets work. The Script.ps1 file that was previously located in the Scripts folder will be generated in the root folder when you run the deployment .cmd file for the first time.

There haven’t been any changes to the variable json files though, they should still be located in the Variables folder. Are you not seeing that folder at all? 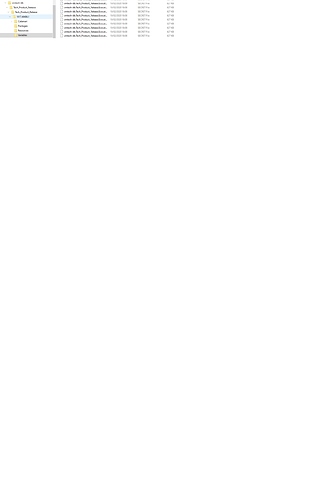 I have attached the screenshot of the folder created and the folder itself.
The Scripts folder is missing and the Variables folder does not contain .json files at all.
I have created the package using the Octopus Portal.

Thanks for that screenshot, it helps clear this up a bit.
When a deployment includes secret/sensitive variables then we will encrypt the variable .json files to prevent your sensitive variables from being exposed. These encrypted files become .secret files.

The Scripts folder doesn’t exist anymore. When you run the .cmd file for the first time, a Script.ps1 file will be created in the root directory alongside the .cmd and .ps1 that already exist there.

That’s correct, everything is in the same file now.