we are working on a script to automate consolidated release notes for releases created in octopus,

we are doing it through this api
/deployments?projects=Projects-xxx&environments=Environments-xxx&taskState=Success

we wanted to know how octopus is calculating, the changes 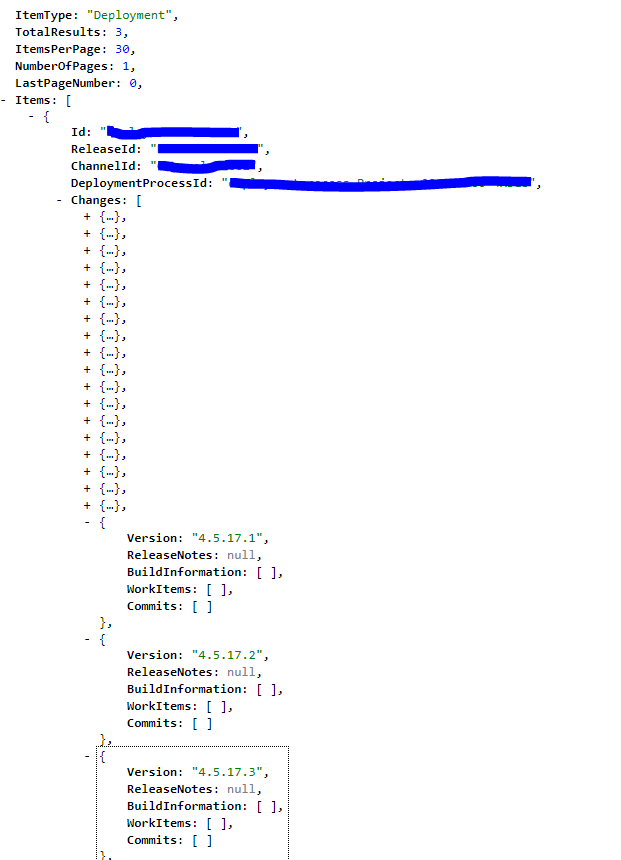 There is a bit more detail on how the deployments notes are generated here, including how they differ for pre-release versions.

The short answer though is that Octopus is simply combining the releases notes of all versions between the release being deployed and the last successful release.

thanks for quick response.

we are having three channels for a project.
Does octopus consider all the releases irrespective of the channels ??

It will only look at releases within the same channel.

recently we have modified our version rules such that, we accept the below package versions
alpha (4.7)
beta (4.6)
gamma (4.5)

we have created a new release and deployed using beta channel (4.6).
Now when we pull the changes, it is taking releases from from alpha channel as well.

I will run some testing around this and let you know.

Can you confirm what version of Octopus you are currently running?

I’ve tested this out and discussed it internally, and this behaviour is intentional.

Previously, when I had tested this across channels, my additional channels had been using pre-release tags which excluded them from the deployment notes as detailed here: https://octopus.com/docs/releases/deployment-notes#Versioning

So, when constructing the deployment notes, Octopus will take into account any full version release within the project, regardless of which channel the release was created in.

Apologies for the incorrect information earlier.