Is it possible to nest variable references? Something like this non-working example is desirable -

The following was also considered, but also fails -

This need is driven by the lack of tenant common environment variables, which means the following steps are required -

To lessen the burden it would be great to specify a default value for tenant common variables, in the format of #{<Tenant>.SomeValue}. However, to do this a nested variable reference is required, and I’m unsure if this is possible.

As a bonus, is there any news on GitHub issue for variable unification? The ticket was created 3.5 years ago, but there has been no comments from Octopus from 2 years despite some people (including me

) asking for an update.

Greetings @dgard1981, thanks for reaching out! Yes, it is possible to nest variable references using the Replace filter. I tested this with the following,

I ran a script step with the following code

Thanks for the reply, but I’m afraid that is not working.

Using the following (and assuming the same single environment for everything) -

Now when I deploy a release of the ‘Test’ project to the ‘One’ tenant, I would expect the script to write the value This is a test, but it doesn’t, it writes #{#{Octopus.Deployment.Tenant.Name | Replace "\W"}.SomeValue}.

If I make the default value for the template ‘SomeValue’ #{One.SomeValue}, then it works as expected. However, that defeats the object of being able to dynamically specify the variable to reference through the default, and instead would mean that I’d need to supply a value for every tenant variable template.

Ah, okay, I think I’m following what you’re attempting to do, thank you for providing clarification. If I may, what problem are you attempting to solve with the replacement in this way?

This is required because Tenant variables have not been implemented particularly well. As I’m sure you know, the only options we have are -

Project variables sound great in theory, but when you have many projects (16 in my case) that all require the same variable but with a different value for different environments it becomes a nightmare to manage.

This is why I’m wondering if the variable unification work is actually progressing, as I’m sure it isn’t just me that finds tenant variables inadequate.

I’m not sure if this helps or not, but it is possible to have Common variables be environment specific, you just have to get a little creative 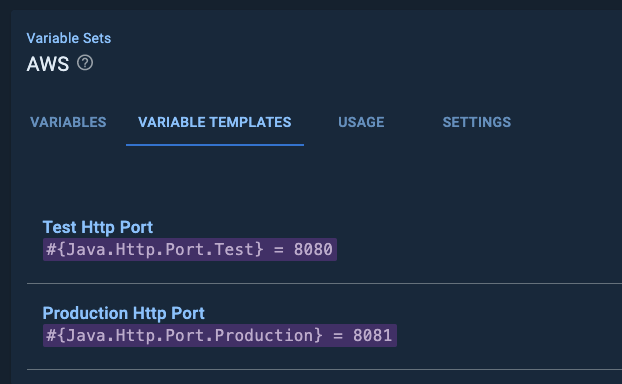 Regarding the replacements that you were attempting to do, you could define it this way 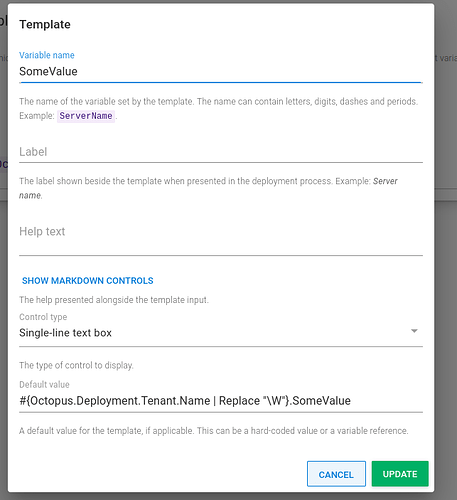 then within your script, reference it this way

An interesting take, but I think not really tenable. Imagine you have 5 environments, you’d have to have 5x variable templates for every variable. It would be a monumental task to configure, and very easy to make a mistake. The complexity and chances of making a mistake would greatly increase for every environment that is added.

With regards to the replacements - the trouble is, I am not making replacements in scripts, so to not have proper values at runtime is a killer for me. For example, I want to replace a tenant variable in a YAML file, so I can’t your example above.

I’ll throw it out there one more time - this is why I’m very interested in the variable unification work, and whether or not it is actually progressing?

I’ve reached out internally to see if I can find out more information on that topic, I’ll keep you posted

I forgot to mention that the engineers are Australian based so it may take some time to get a response.

I’ve heard back from the engineers, I’m sorry to say that variable unification isn’t something that is being worked at this time.