How to deploy multiple dependencies for a project?

I have a question/scenario and looking for advice on how to approach this.

We have a “Project A” that requires MS C++ Packages in order to run. The problem is that it might need several of these packages (e.g. 2015 and 2017) and I can’t figure out a good approach of deploying several packages. 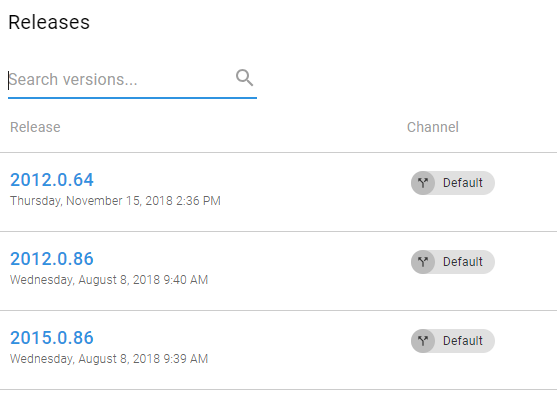 That way we have a central storage for the dependencies and could potentially see where it was deployed to.

The idea was to use the “Deploy project” step within “Project A”'s process to also deploy the dependency to the C++ package. This way we would have both in Octopus and could manage it in one place. Example:

The problem is that I have found no way of deploying multiple releases of the C++ project as a dependency, only the latest version which is not always enough.
Specific example of our use case:
“Project A” requires both 2015 and 2017 C++ packages. Within the C++ project in Octopus we have all versions from 2012 onwards. Within the step I could only deploy 2017, but not 2015 which will cause the deployment and startup of “Project A” to fail subsequently as the application wont start.

I assume that this approach isn’t the most elegant but I cannot think of a better one.

The baseline of my question is what approach would you choose for deploying several dependencies along with a single project.

My ideas would be:

None of them seem elegant, really. Do you have a best practice for this? I assume lots of people are facing the challenge of having many projects with identical dependencies.

Let me know if any of that is gibberish

Thanks in advance,
Chris

I got a couple suggestions for your scenario

I would prefer option 1 as you wouldn’t have to specify the version everytime when creating a release.

great, thanks for the quick reply.

I’ve experiemented a bit and we are going the route of option 2. Even though it may seem tidious to specifiy the dependencies each release, they actually do change occasionally (e.g. the vendor updating from VS 2012 to 2017, thus requiring different packages). Also since there are so many C++ packages around (2012-2017, each in x64 and 86) having a project for each seems too much.

This seems to be elegant enough, I hope.
Again, thanks. You guys have great support, really appreciate it!

All the best,
Chris

Thanks a lot Chris and hope you enjoy using Octopus.

Should you have any more enquiry, please do not hesitate to contact us.