The Version dialog has two examples for semantic versioning: 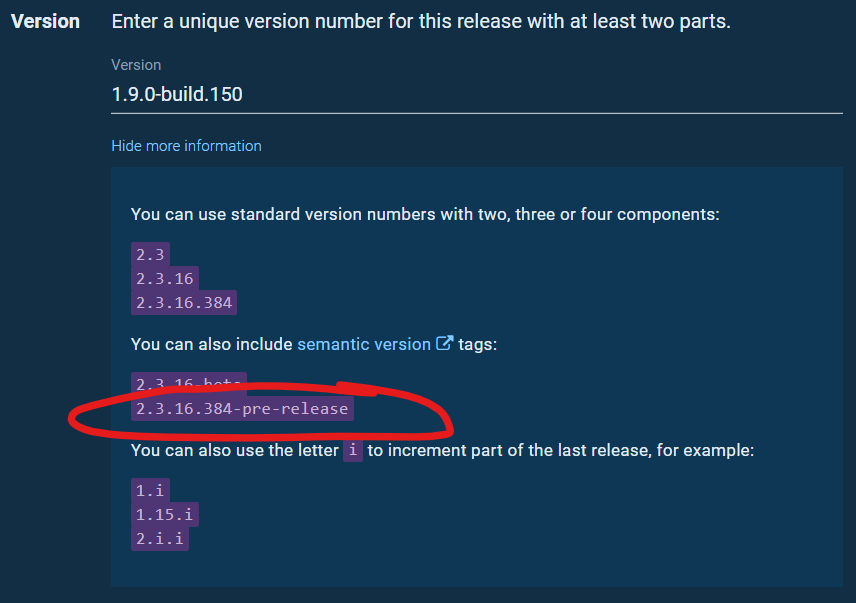 image856×603 28.6 KB
The first one is a valid semantic version number. The second one is invalid. You cannot have 4 numbers separated by only periods. You can only have 3 (major.minor.patch). After that, if you want a build number you have to include it after a dash.

For example 2.3.16-pre-release.384 would be a valid “semantic versioning” way to show that version number.

You are correct, that the version which consists of four components followed by the Semantic Version identifier is not valid SemVar 2.0. The example is trying to illustrate that you can use the standard version numbers (with two, three or four components) followed by a SemVar tag/identifier.

I’m sorry for the confusion - I’ll see if I can talk to the UX designers to come up with a way to make that more obvious.