Hi, I’m trying to deploy a Windows app to a fileshare with the “Deploy a Package” template and I’m having a problem with both a deploy and post-deploy script.
The files are all copied to the share OK, but when it comes to the deployment scripts, I get:
Writing script module ‘Delete and Copy Config’ as PowerShell module Library_DeleteandCopyConfig_637364543636839573.psm1. This module will be automatically imported - functions will automatically be in scope.

We ran into this issue (or a very similar one) when the powershell scripts were “blocked” by windows due to downloading them as part of a zip file from the internet. We fixed it by right clicking on the zip file, and picking “unblock”, and re-extracting.

Do you have any suggestions where we can look for the problem?
Thanks
Richard

Thanks for reaching out. I’m going to reach out to some colleagues and get some more information on this.

Please feel free to reach out in the meantime.

I did run into the same issue when I was mirroring your setup, however I was able to get it running by adding the UNC path to trusted sites within Internet Settings on the tentacle.

The issue is Deploy and Post-Deploy scripts are attempting to run off the remote UNC path, which windows doesn’t trust. 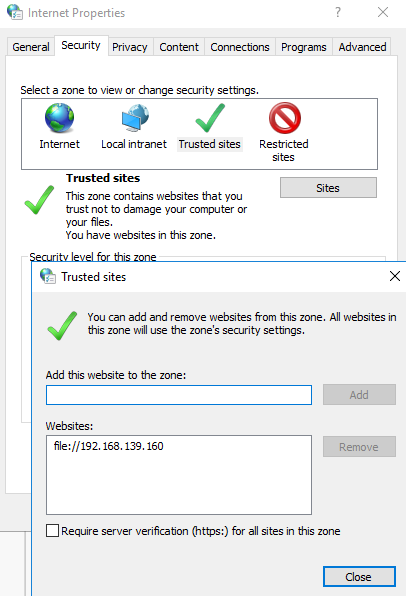 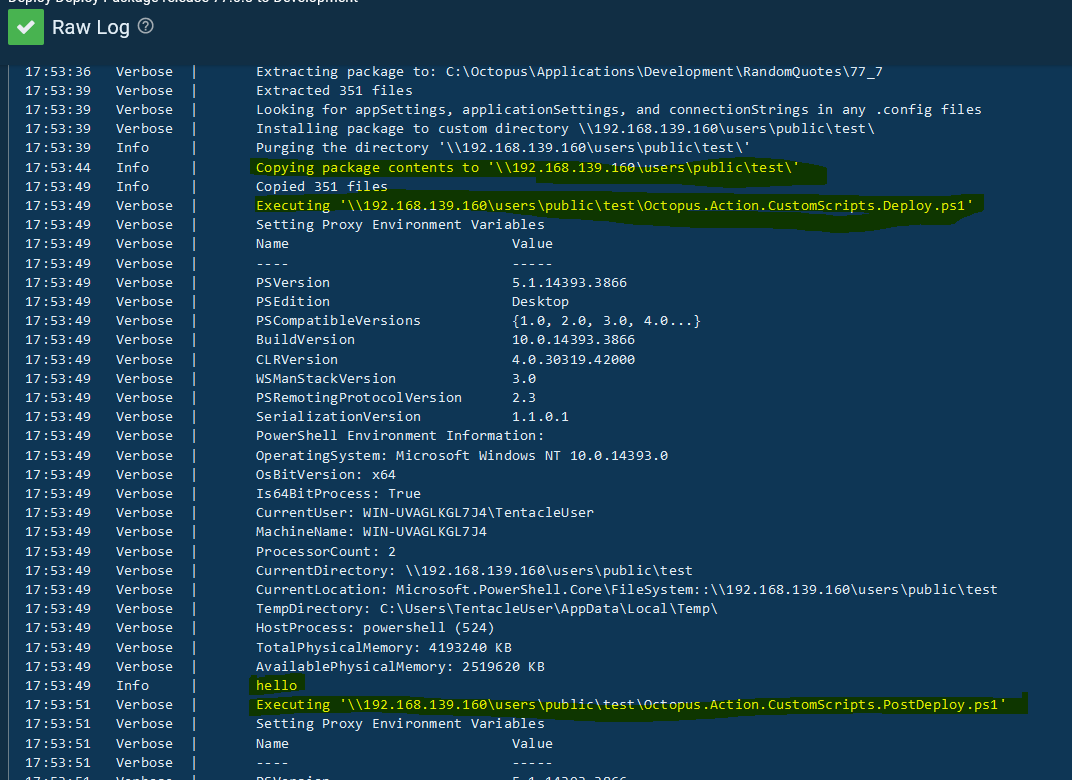 Would you please be able to give that a shot and let me know if it works for you?

Thank you for continuing to look at this. I will try it over the weekend or on Monday
Richard

You’re very welcome. Please let me know if it works or if we need to try something else.