Create Condition So An Environment Can Only Receive 'stable' Packages

I feel my current arrangements of projects could be better but can’t work out how to achieve what I want - so maybe I am missing a trick.

What I would like to do is use the ‘version’ number part of the Library Packages to control whether an environment can received a deployment or not.

So for example, a given project deploys several packages into ‘test’ environments and I would like to change the versioning of those package to make it clear the package is a test package (a bit like NuGets work with vabcd in them).

When we believe the testing is good we do a release build - where the version changes to a ‘stable’ one.

I would therefore like to set a rule that says deployments to ‘env x’ can only occur if ALL of the involved packages are stable?

Can anyone help explain to be how to achieve this?

I believe what you’re looking for is Channels. We have a blog post that covers this kind of setup, although it is a little dated so I will cover the basic steps involved here too.

There are a few parts to this configuration.
Initially, you would need to create a lifecycle for each channel you need e.g. 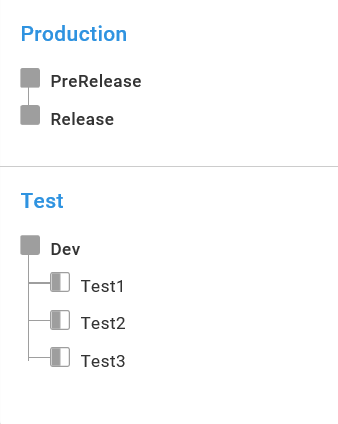 Then you would create a Test channel and assign the test lifecycle, also you would want to assign a version rule so that releases can only use test packages. A common way of doing this is through the use of pre-release tags such as -beta. 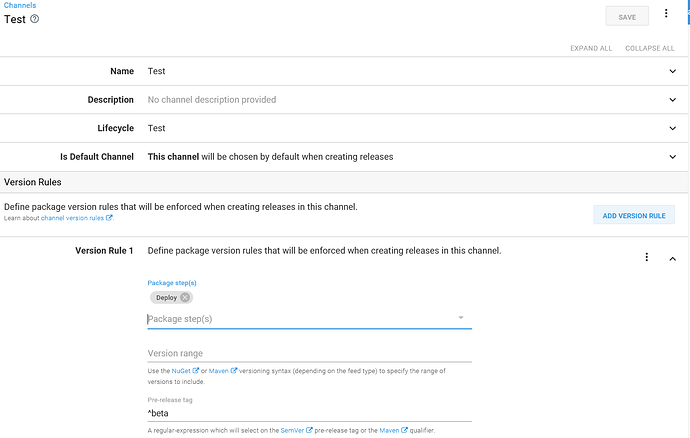 Then do the same for the Production channel, with a slightly different version rule that will exclude any packages with pre-release tags. 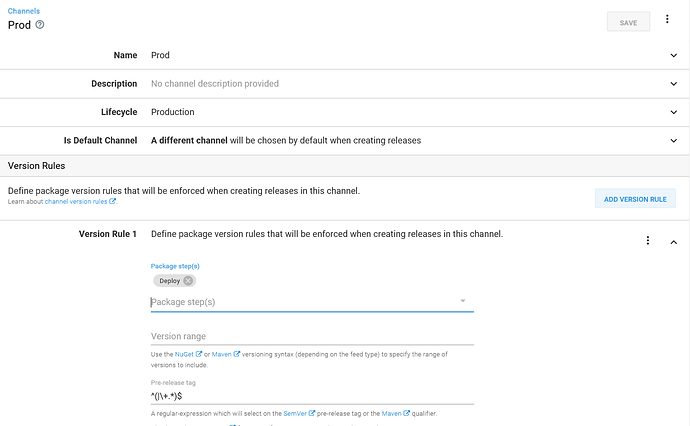 Now, you can create releases for each individual channel and don’t need to worry about someone accidentally deploying a test version to production.

There is a fair few bits going on here, so let me know if you’d like me to dive a bit deeper into any of it.