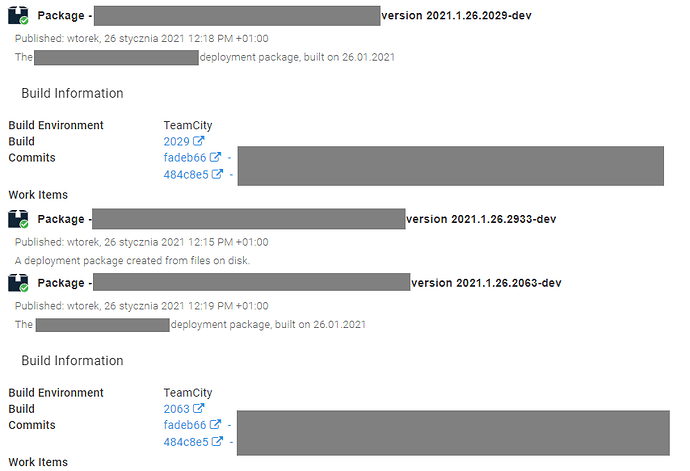 image854×583 33.6 KB
The middle one is missing Build Info at release view, even if package includes it.

This produces incomplete release notes, if it’s generated from sum of all changes across used packages.

If the variable used for the dynamic package names is scoped to an environment or similar, then this behaviour is expected as Octopus doesn’t evaluate the variable until the deployment occurs.

When viewing the Release there is no way for Octopus to know what package is being referenced, so, is unable to retrieve any build information.

That makes sense and I expected answer like this.
But variable used in package name is not scoped per environment, it’s always the same (single value for whole project). If for cases like these something might be done that would be nice

When I tested a scenario like that it did seem to work correctly.
e.g.
Step: 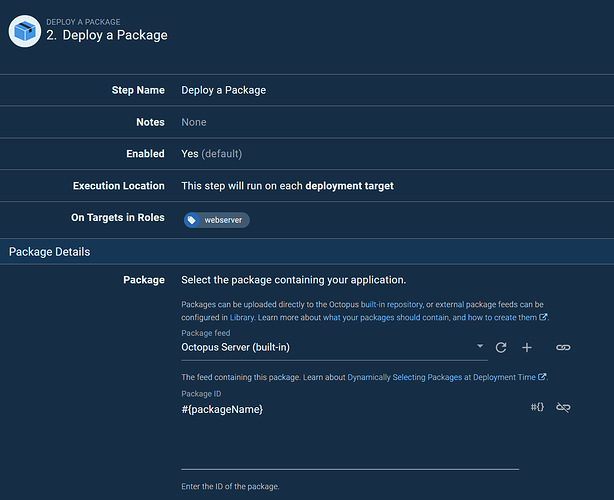 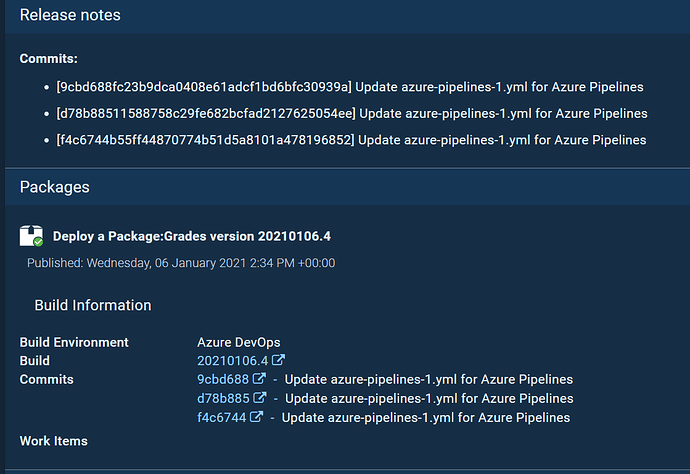 This was tested on our latest version, so, it could be a behaviour that has been improved.

If there is only a single value with no scoping the other option would be to enter the package name directly into the process step rather than using the variable.

I doubled checked our scenario, and you have right.
Part of the the package name is from variable.
Variable is defined at Library Set level. Its value is #{OtherVariable | ToLower}, where OtherVariable is scoped per environment.

So that’s exactly like you said (but not directly). Thank you for your help, I’ll try to change variables a little bit.